During this decade we brought major artists to the UK to include the legend Padmashree Kalamanadalam Gopi and other art forms from Kerala.

A new story based on Snow White and called Hima Sundari was produced for Kathakali by Kalamandalam Vijayakumar. The role of the Prince was created and developed by the enormous skill and experience of Padmashree Kalamandalam Gopi.

Festival of Kerala- In Kerala a Kathakali performance is surrounded by other art forms. The Puram, or festival, is the highlight of the village year. We wanted to re-create this atmosphere so we brought Kathakali, Mohiniattam, Barathanattyam, Ottanthullal, Kolam, (temple dance) Thayampaka (music), Panchavadiym, Keli (drumming) and devotional songs to present 75 performances and 60 workshops over 4 months. The great Kathakali master Padmashree Kalamandalam Gopi, and other top artists from India, performed the arts of Kerala all over the UK. 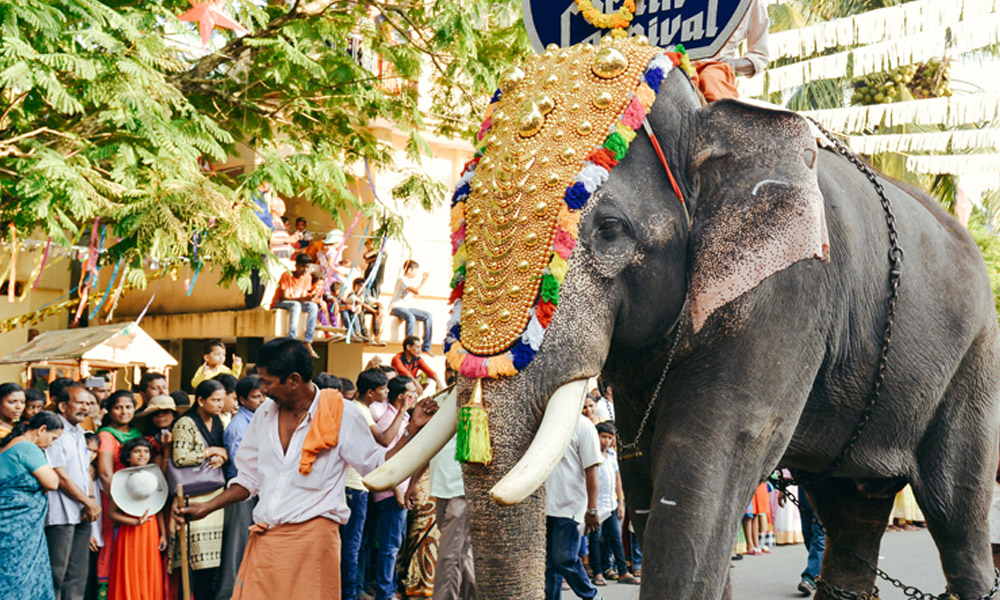 Tour - UK and Ireland - Kathakali and Ottanthullal, a rare and rhythmic storytelling art form from Kerala, delivered 50 performances and brought Ottanthullal to the UK for the first time.

Education UK - 200 workshops and 100 solo performances to establish an understanding and appreciation of Kathakali and its cultural background. Thousands of children, young people and their teachers had Kathakali in their own schools to access non-western theatre and traditions.

Tour UK – Kathakali, Education projects and the creation of a New Story by Kalamandalam Vijayakumar. The story was adapted from Snow White and re-named Hima Sundari by Kalamandalam Vijayakumar. The familiar storyline enabled the audiences to understand the characters and the plot. People from the Indian community enjoyed it and asked for more stories of this nature to be made. International School - Jakarta - Workshops and solo performances were presented at the British International School, Jakarta Indonesia where links between Indonesian dance-drama and Kathakali were explored concluding with a performance for the whole community. Tour UK - Kathakali and Irish musicians delivered 50 performances, 120 workshops and solo performances. The Kathakali musicians and guest musicians from Ireland toured with the Company to present a musical collaboration to open the Kathakali performance.

Education - UK 200 workshops and solo performances to build an understanding of Kathakali and its cultural background.

Tour UK - Kathakali - 50 performances, 200 workshops and 100 solo performances. The last tour of the century - Kathakali is becoming part of mainstream theatre and years of working with promoters and schools are resulting in good audiences.

Whether you're interested in our performances, exhibitions or educational workshops, please don’t hesitate to contact us today.

Take a look at our journey...